The Diverse Income Trust – Outlook for 2022

To date, ongoing stock market appreciation has been driven by a mix of premium global growth, which has been principally driven by the rapid growth of the Chinese economy and the appreciation of asset valuations, which has been driven by declining long-dated bond yields. When stock markets rapidly appreciate, often the best performing stocks are those with the greatest volatility. Typically, these high-Beta stocks as they are known, are either growing faster than others, or those with geared upside potential due to major debt.

Going forward for 2022, we believe the current slowdown in the Chinese economy will prove to be structural in nature. Just as happened in Japan in 1989, China’s giant debt burden combined with its aging demographics will lead to a sudden cessation of its growth trajectory, in our opinion. Alongside, after the pandemic stimulus, long-dated bond yields are now close to zero, so they have very little scope for any further appreciation in asset valuations either. At some point, the favourable valuation trend could even start to reverse.

During 2022, we anticipate that these challenges will become more apparent, which could initiate a long period of high-Beta underperformance. At a time of rising wage pressures and borrowing costs, companies with negative cashflow that are reliant on the stock market for funding, or those that turn out to be over-levered, tend to be particularly vulnerable.

Meanwhile, companies that have the potential to generate cash surpluses each year, such as equity income stocks have a natural advantage during more unsettled periods. Their surplus cash can be used to acquire over-levered, but otherwise viable, businesses from the receiver, so as things get worse, sometimes their ability to generate plentiful cash actually improves, contrary to the general trend. 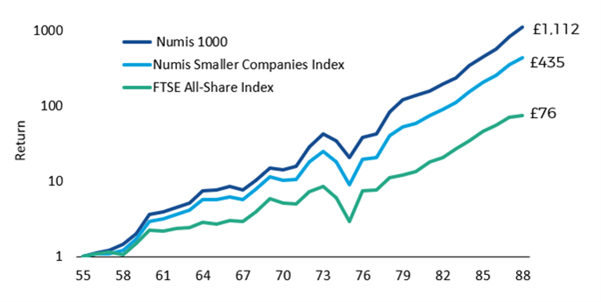 The performance information presented in this article relates to the past. Past performance is not a reliable indicator of future returns.

How do you rate this video?

Future forecasts are not reliable indicators of future returns.

Whilst every effort has been made to ensure the accuracy of the information contained within this fund insight, we regret that we cannot accept responsibility for any omissions or errors. The information given and opinions expressed are subject to change and should not be interpreted as investment advice. Reference to any particular stock or investment does not constitute a recommendation to buy or sell the stock / investment.

All data is sourced to Premier Miton unless otherwise stated. Persons who do not have professional experience in matters relating to investments should not rely on the content of this fund insight.

A free, English language copy of the trust’s full Prospectus, the Key Information Document and Pre-investment Disclosure Document are available on the Premier Miton website, or you can request copies by calling us on 01483 306090.